Our taxonomic classifications derive, by a rather tortuous route, from the common-sense classifications of everyday life. If you look around you, you see that organisms (and, indeed, all phenomena) can be classified into types that more or less resemble one another. These traditional classifications are, in some genuine sense, ‘natural’. They are also functional, in that classificatory systems serve a purpose for the individuals that make them. We classify phenomena in order to reduce the information overload that would otherwise occur, but exactly how we classify them is largely a matter of convenience. For this reason alone, different cultures are likely to end up classifying phenomena in slightly different ways.

Since the rise of biology as a formal discipline founded in evolutionary theory, the classification systems developed by biologists in the latter part of the nineteenth century came to serve a more specific Purpose: they were intended to mirror the branching history of evolution. Unluckily, the way in which the classifications were carried out was often both circular and rather subjective. You more or less decided in advance who was related to whom, and then looked for anatomical evidence to support your hunch.

This unsatisfactory state of affairs was gradually resolved during the second half of the twentieth century with the rise of what is now known as cladistics. The cladistic approach essentially asks us to classify organisms on the basis of straightforward anatomical similarity. Subsequently, you can, if you wish, infer something about their evolutionary history from the patterning of the relationships between these clusters. But it is essential that inferences about evolutionary history come after classifying, and not before.

Whichever way you look at it, chimpanzees, gorillas and orang-utans turn out to be our closest living relatives. They share many anatomical features with us that mark us all out as belonging to the same classificatory group, the hominoids or human-like animals. These features include such things as a peculiar pattern to the molar teeth, a flattened chest, the lack of a tail and so on. It is also likely that they share a relatively recent historical ancestry with us. During the last decade, advances in molecular genetics have revealed that the genetic similarities between humans and the African apes are very close indeed: in genetic terms, the differences are trivial, especially those between ourselves and the two species of chimpanzees. Not surprisingly, perhaps, it’s particularly easy to empathise with the African apes: they seem somehow to be more human-like in their behaviour as well as in their appearance.

In addition, the chimpanzees share with us a number of psychological characteristics that have not been found in other species. One of these is the ability to engage in pretend play; another is to be able to see the world from another individual’s point of view. Some human beings (namely autistic individuals) lack both these abilities, yet we are happy to treat them (quite rightly, of course!) as human. How much more deserving then must be the chimpanzees case for equal treatment!

The biological reality is that all classifications are artificial. They force a certain order on to the rather chaotic mess of the natural world. Species, as we describe them, are matters of convenience rather than biological reality. The real world consists only of individuals who are more or less closely related to each other by virtue of descent from one or more common ancestors. It may not be unreasonable to argue that the only grouping that has any biological validity is the local population of individuals who breed with each other. By contrast, classifications of species based solely on physical appearance can be misleading. Sometimes, relatively rapid changes in appearance take place as populations expand and disperse over a wide geographical area: the result is organisms that look very different (and may get classified as different species) even though they share a recent common ancestor. In other cases, rather little change in physical appearance may take place over a very long period of time: the result may be populations of organisms that look very similar, but whose common ancestor lived a very long time ago. Appearances can be deceptive, and are not always a reliable guide to pedigrees.

The domestic dog provides us with a familiar example. The wild Australian dingo looks rather similar to the native dogs from many parts of the Old World, yet the last common ancestor that it shares with the rest of the domestic dogs of the world must have lived some tens of thousands of years ago. In contrast, the many breeds of pedigree dogs look very different not just from each other, but also from the dingo. Who would guess that the dachshund and the Alsatian share a common ancestor that lived no more than a few hundred years ago? Who would, in all seriousness, have thought of classifying the Pekinese and the greyhound in the same species? By all the rules of taxonomic classification, we ought to class them in different species. The only reason we dc not is that we know that they have been deliberately bred to look this way within recent historical times. And, of course, genetically they are all but identical.

When the histories of two types of animals are unknown because the] are buried in the fossil record, we lack the privileged information about pedigrees that would allow us to specify degrees of relatedness. Instead we must rely solely on physical appearance.

Now, human beings the world over spend a lot of their time classifying the organisms that share the planet with them. Much of that effort i devoted to distinguishing between ‘them’ and ‘us’. We do it not just with respect to other forms of life (‘It’s bad to kill people, but OK to kill mosquitoes’), but also with respect to other humans. The words that most ‘primitive’ tribes use to refer to themselves invariably translate a ‘human’ or ‘people’. Members of other tribes are commonly classified a not-human’, as indistinguishable from a number of other nonhuman creatures (usually other mammals). Supposedly ‘civilised’ peoples like the ancient Greeks and Victorian British may not have used the same terms, but their attitudes towards subject peoples was often virtually the same. At least one likely reason for this is that it allows us to define the categories of organisms that we can legitimately exploit. (When I saw legitimately’ here, I mean simply those that we can exploit without laving to feel guilty.) There are probably very good biological reason why humans (and, for all we know, other animals) behave in this way. The point simply underlines the fact that the use we make of classifications is largely a moral and not a scientific issue.

In many ways, our perceptions of similarities and differences in these cases probably reflects the extraordinary similarity in appearance that all living humans show. Humans are much more similar to each other, both in appearance and in genetic make-up, than almost any other group of animals is. This similarity reflects our relatively recent origin as a species: the last common female ancestor of all living humans (the so-called ‘mitochondrial Eve’) probably lived as recently as 150,000 years ago — a mere 5,000 human generations ago! Indeed, so recently did our common ancestor live, that all humans alive today everywhere in the world are much more closely related to each other than either all the chimpanzees are to each other or all the gorillas to each other.

This remarkable similarity between humans may help to explain why we draw the line so tightly around ourselves. In trying to differentiate between ‘them and ‘us’, we observe that the differences in appearance between members of our own family and other humans from all parts of the world is relatively small compared with the apparent gulf between ourselves and those species that seem to be most similar to us (namely, chimpanzees and gorillas). After all, there are some pretty dramatic differences: we walk upright, build cities, compose and perform music, send rockets to the Moon, and so on.

But the apparent size of the gulf separating us from our nearest relatives is largely a consequence of the absence of any intermediate species alive today. (And I do not mean ‘missing links’ that represent an intermediate stage through which chimpanzees passed on their way to becoming humans; I mean species that have evolved to different stages from the same common ancestor as ourselves and the chimpanzees.) It is not that there have never been any intermediate species. Such species have existed in plenty: their remains are to be found in the fossil-bearing sites of eastern and southern Africa. Rather, our problem is that they are all extinct, so we have no way of knowing at first hand the degree to which their behaviour was like ours. If any of these species were alive today, the gulf between ourselves and the chimpanzees would almost certainly seem a lot less dramatic than it does at present. And that, in turn, would cause us to think again about how we classify chimpanzees and gorillas in relation to ourselves.

It might well cause us to classify ourselves as just another species of chimpanzee rather than in an entirely separate group of our own. 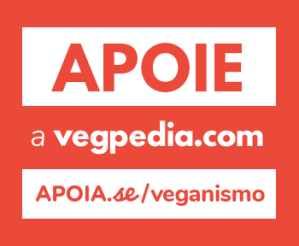 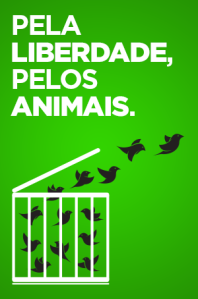